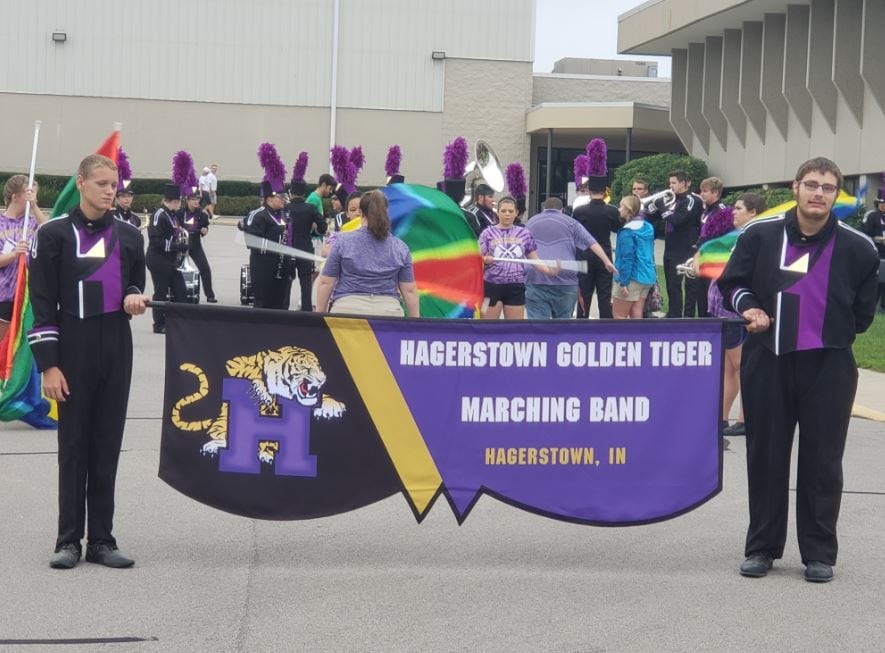 Mr. Sloniker and his students were first in line behind the fire trucks that led yesterday’s Jubilee Days parade. Mr. Sloniker receives a tip of the Tiger’s tail for his fine work with his students.  Their spiffy uniforms provided by the Band Boosters had the group looking sharp.  We followed the group in the Tiger bus, and it was a treat to see first-hand the pride our community has in our marching band.  Though I know the kids with their plastic grocery sacks all along the parade route were focused on the candy coming their way; they, too, clapped along as the band marched by.  One never knows when a seed is planted and a youngster decides that they want to be in the Golden Tiger Marching Band.  Saturday just might have been that day for some!